The Maguire chiefs of Fermanagh used a large, steep sided mound located at Cornashee as their inauguration site.  The townland name Cornashee translates as ‘hill of the fairy mound’ (Muhr 1999).   Author FitzPatrick also wrote about Sgiath Gabhra, the inauguration mound of the Méig Uidhir (Maguire), who used it from as early as the thirteenth century.

Fermanagh’s landscape is rich in prehistoric and early Christian monuments, many of these like the inaugural mound occupied prominent hilltops.   It was said by a local Maguire historian that when the Maguire chiefs and princes were inaugurated that signal fires were set ablaze on the mound. These fires signaled to the surrounding communities and clans that a new Chieftain had been chosen.

The mound is 28.5 ft. high and measures about 150 ft. in diameter at the base, tapering to about 50 ft. in diameter at the summit. Located on the summit is a low mound of large stones. An Irish tradition of carrying a field stone to place on the mound continues even today. Local schools hold special history lessons and re-enactments on site at the mound regarding the role the Maguires played in Fermanagh history.  A poem records the inauguration of Cú Chonnacht Mág Uidhir there in 1566 (Greene 1972 cited in FitzPatrick 2004, 85). Frequently medieval inauguration practices took place at older prehistoric monument such as a Neolithic grave.

The monument has been described as having the appearance of a large “passage tomb” with large boulders visible at the south and northwest which may be kerbstones. Around the perimeter are suggestions of earthwork platforms which may be satellite tombs.

View looking out from the summit of the inaugural mound (photo below). 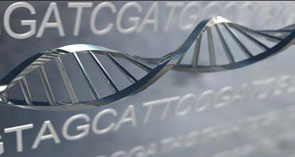